Throughout history, there have been places in the world where people, either singly or in large groups, have vanished without a trace, never to be found again. Here are 5 places known for mysterious disappearances. Starting with number one below:

We start with the granddaddy of all mysterious locations, the Bermuda Triangle. This stretch of ocean, spanning from South Florida to Puerto Rico to Bermuda, has been the site of multiple disappearances over the years, including the vanishing of the USS Cyclops with 309 crewmen aboard in 1918. Both planes and ships have gone missing, never to be recovered. 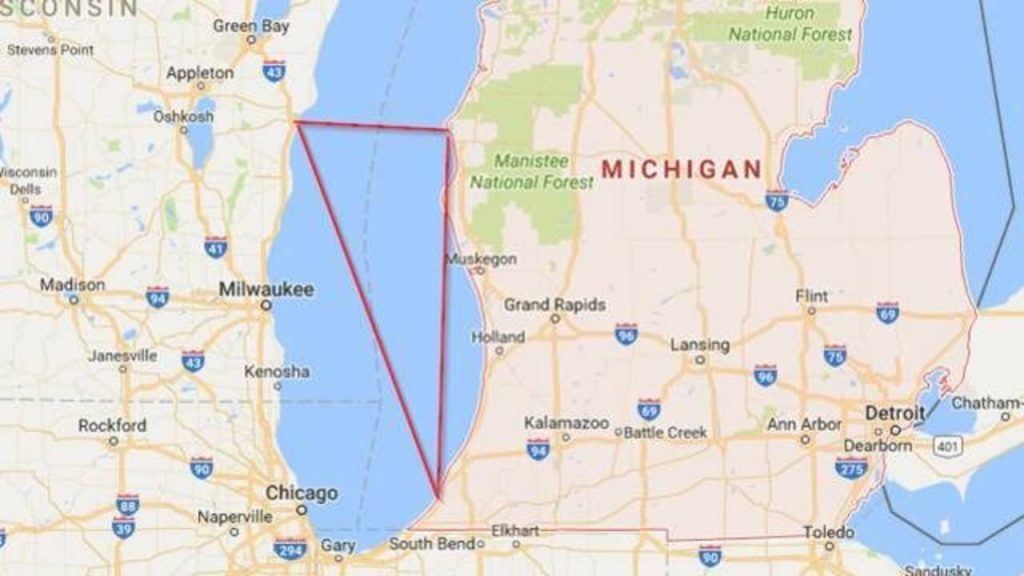 Not as famous as its southern cousin, the Michigan Triangle extends between Michigan and Wisconsin, and has been the location of a number of prominent disappearances. Perhaps the most famous is Northwest Airlines Flight 2501, which in 1950 flowing into the triangle with 58 passengers and never emerged. 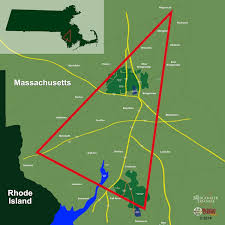 Yet another triangle, though this one is landlocked. The Bennington Triangle, located in southwestern Vermont, marks the last known location of five people who went missing between 1945 and 1950. The most bizarre of the five was the vanishing of a man who was riding a moving bus, who disappeared without anyone noticing. The people who vanished ranged in age from an 8 year-old boy to a 74 year-old woman. 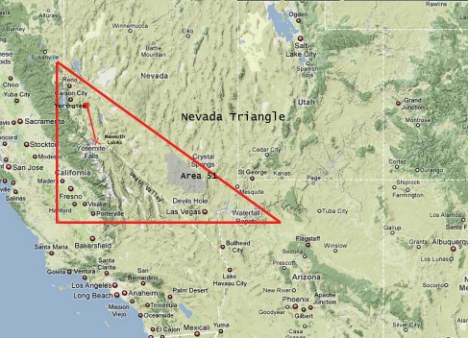 Our final triangular entry on the list, the Nevada Triangle marks a 25,000 square mile stretch of desert and mountains in the state of Nevada. This desolate stretch is in the vicinity of the notorious Area 51 military zone, and has been the site of a number of disappearances. The most famous is fairly recent, when famed aviator and adventurer Steve Fossett in 2007. Fossett flew into the triangle in a small plane and vanished without a trace, despite a massive search effort.