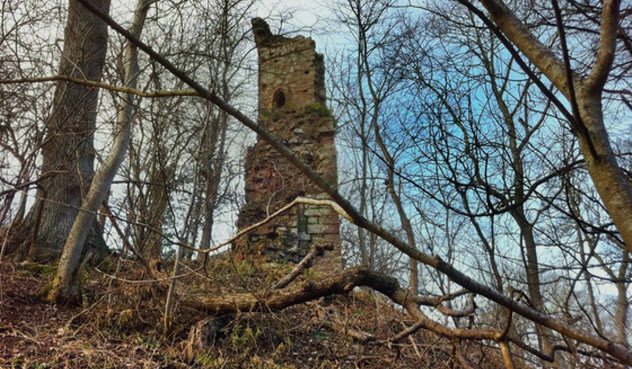 Yester Castle in East Lothian, Scotland, was built in 1267 by Sir Hugo de Giffard, a man who was famous for his interest in the pseudoscientific field of alchemy. Legend has it that he completed the castle with an army of goblins provided by the Devil. 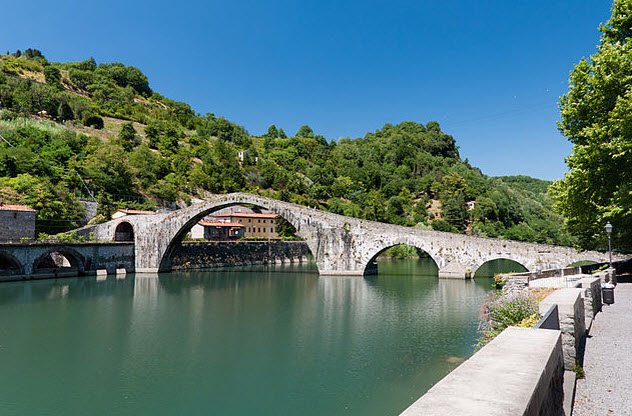 Legend has it that the bridge was completed by the Devil after its human architect realized that he could not complete it before the deadline. The Devil agreed to finish it in exchange for the soul of the first person to cross it.The architect later informed the local priest, who suggested that the architect send a pig across the bridge. Realizing that he had been tricked, the Devil jumped into the river and was never seen again. 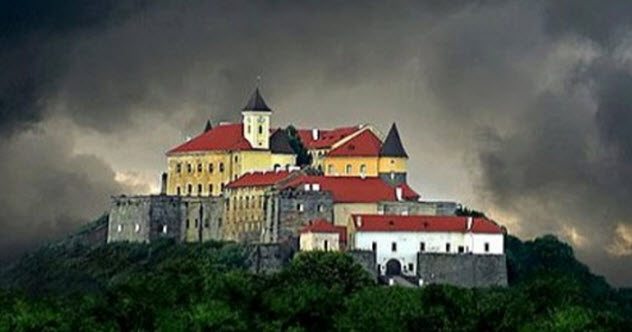 Mukachevo Castle in Palanok, Ukraine, was built sometime in the Middle Ages. The prince was concerned about the availability of water if the castle found itself under a long siege. He ordered his men to dig a well, but they couldn’t reach water even after working for years. Legend has it that out of desperation, the prince offered a bag of gold to anyone who struck water. The Devil immediately appeared and confirmed the deal before jumping into the well. Upon completion the Prince had no gold to give to the Devil. The Devil was dissatisfied with the reward and jumped into the well after a heated quarrel with the prince. Ever since, the Devil has been making sounds to scare people away from the well. 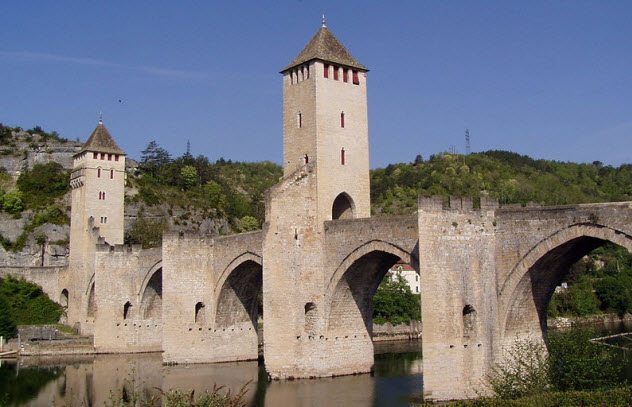 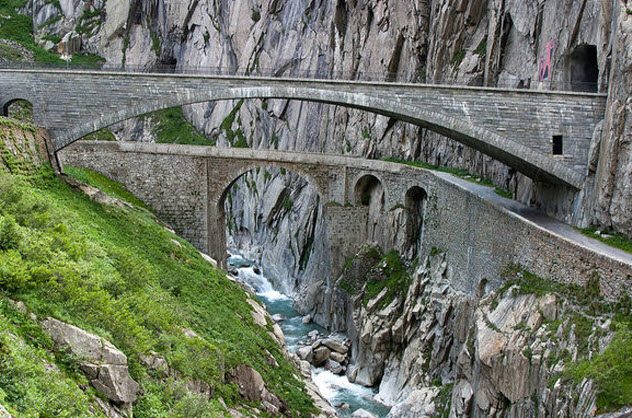 According to legend, the people of the canton made several attempts to construct a bridge over the valley but the mules carrying the building supplies kept falling off the rocks. Frustrated, the people entered into an agreement with the Devil. He would build the bridge and take the soul of the first person to cross as payment. The Devil completed the bridge the next day and waited on the other side for the first person to cross.